If you happen to be a regular reader of WatchMeTech, you might know that we do lots of Linux stuff here. Our readers commented several times asking about BlueStacks Linux Installation Guide.

We’ve posted several tutorials like How To Root Bluestacks 2 & Pre-Rooted Bluestacks Download in the past. Now it’s time we address the comments of our readers.

In this article, We’ll go through the steps to get Bluestacks Linux ready. Before going into the actual steps for the procedure, Is Bluestacks available on Linux Platforms?

Will it be available soon in the coming days? As Bluestacks announced the latest version of the emulator recently, we had a doubt about getting it for Linux?

To be sure we’ve gone through the official site & even reached out to them via Social Media just to confirm this. And, They clearly said that Bluestacks for Linux is no way near.

They didn’t say that they’re not planning on one but the release or development is not confirmed or started. We’ll let’s move on to the alternatively

Don’t bounce off yet, There’s a perfect way to get Bluestacks working on Linux. Here are the best methods available to do. The First method is more relative to the official procedure

Performance might be slow, but the installation and setting everything is pretty straightforward. You won’t face much of a hassle if you’re Linux User and knows your stuff. As mentioned above the most official method to install Bluestacks on Ubuntu or any other platform is by using any virtual machine software. This method is not well used since many days and particularly not new.

Every macOS users use the same procedure to enjoy Windows/PC software on their Mac’s using Virtual Machine. So, I would recommend using the same in our case here.

I’ll also list the prerequisites below for smoother performance after installing Bluestacks on Ubuntu, Do read them prior moving forward.

Prerequisites for this method:

We’ll this procedure might look slow but a device with decent horsepower can overcome and the emulator looks natural down the road. And, Good thing is that you use tweakers like Bluestacks Tweaker Latest Version Download [100% Working] ? because it’s running on Windows on top of Linux.

In a nutshell, Genymotion is an Android Emulator that is going to be a Bluestacks Linux Alternative. This one goes on the Virtual Machine like the previous method 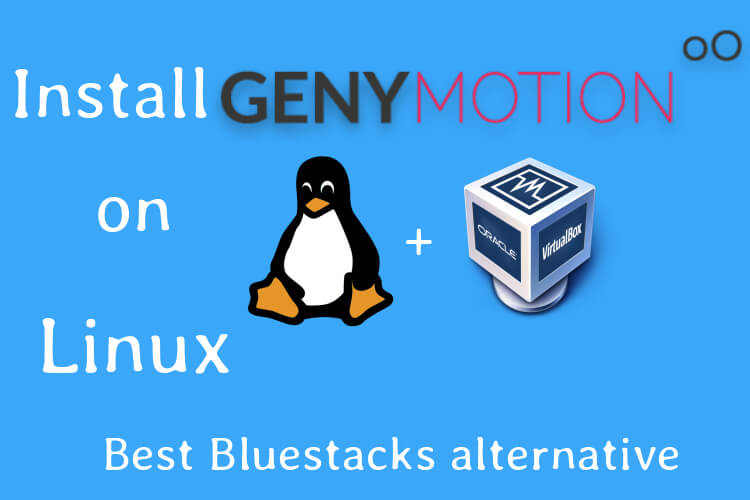 And, the detailed instructions for that are as follows:

Here ‘x’ stands for the current version of the downloaded genymotion file. Finally, select “Y” to confirm installation. Now, you’ll get a folder named ” Genymotion ” in the downloads section extracted after the above commands processing.

Open the folder and double tap on the file ” GenyMotion ” and you’re done. You can select the android os version and the device you want to emulate on Ubuntu and this procedure works same on all Linux distros like Linux Mint, Kali Linux etc.,

The 2nd procedure explained is a perfect Bluestacks Linux alternative, and it uses the Virtual Box libraries to process the emulation. Which obviously works perfectly and flawlessly.

Speed is one more factor to choose this and you can enjoy ad-free emulation when compared to Bluestacks. But, for some reasons and wide availability/support people prefer Bluestacks over Genymotion

For those guys, Check out method #1 and root if you want. Hope you guys like this article, if you do don’t forget to share this on Social Media coz Sharing is SEXY!