Hike For PC is an App Developed by Indians for Messaging Purposes. As we all know that there are many Apps to serve the purpose of messaging, Hike is one of the biggest competitors among them.

Most of the Messaging service is Nowadays dominated by Whatsapp. But Hike is somewhat different it packs a wide variety of features to enjoy while messaging.

If you put hike in a Whatsapp user’s perspective, He would probably say that Hike is everything that WhatsApp does and in addition to that Hike does much more.

Especially for iOS Users hike is the best option for messaging than Whatsapp because it has built-in locking feature. You can literally use Touch ID, The fancy fingerprint scanner integrated right into Home button to unlock the App.

Not only that, you can lock particular person’s messages within the app too. So your friends won’t even doubt you while you’re using the app, Cool right.

Some other cool new features include dedicated Stickers that built into the App itself. Having stickers that show local funda’s and feelings are damn cool.

So, most of the people have already tried Hike and got addicted to it. But the downside of Hike is it doesn’t have a Dedicated App or web interface for PC’s like Whatsapp does.

Hike for PC without BlueStacks – The Best Method

Everyone is familiar with BlueStacks, The famous Android emulator used by most of the people to run Android Apps on PC. Then you should probably familiar with the drawbacks of BlueStacks and speed issues of it.

So why don’t you get real, Stop using some sluggish Android Emulator to fire up your favorite Android Apps! Here’s the best alternative to BlueStacks to run Hike Messenger.

The alternative is Remix Player, which is an Android OS emulated on Windows. Jide Technology developed Remix Player which is full pledged Android interface that’s perfectly optimized to work with PC’s user interface.

Let’s get started on how to install Hike Messenger for PC using Remix Player. 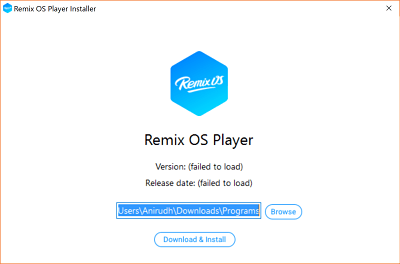 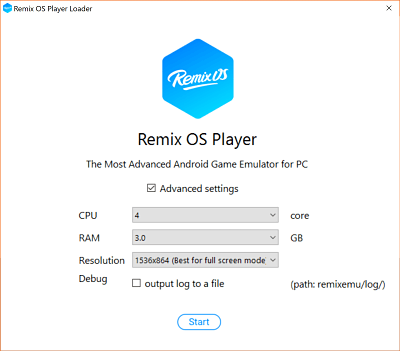 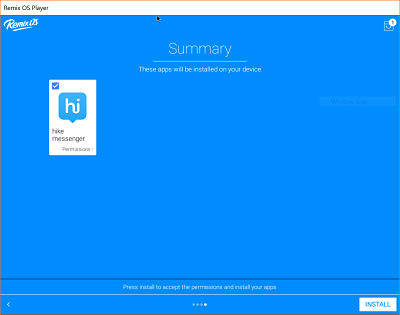 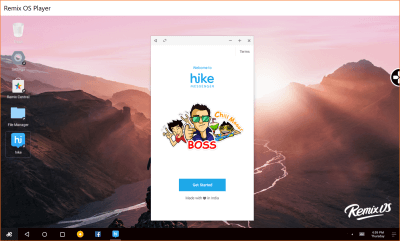 You’ll get complete instructions on how to install Remix Player on the page where the Remix OS player is located for more info.

Jide is a recent startup launched somewhere around 2016 and they did pretty well. First, they’ve launched their product Remix Mini and Remix OS on Kickstarter which is similar to Remix OS on Televisions

I’ve made some tutorials on my YouTube Channel on How to dual boot Remix OS on Windows, Here’s the Playlist: Remix OS if you want to check them out.

BlueStacks is very familiar to most of the PC users who likes to enjoy Android on their Desktop’s. BlueStacks doesn’t have support like Remix OS Player but it sure does the work.

BlueStacks is free and old so you can find many more tutorials out there to enjoy not only Hike Messenger for PC but other apps too.

BlueStacks give lots of errors sometimes where a non-developer will not know. So maximum please prefer 1st method. For more convenience, I’m listing one more method.

But all these methods are sorted by their difficulty and support level, 1st as the best one.

YouWave is a simple Android emulator for PC. We can also Download Hike For PC in this emulator and can enjoy the benefits of Hike Messenger on PC.

So guys, that was it. Hope you guys liked this article, If you’ve any further questions let me know in the comments section below. Don’t forget to share this article on Social Media coz, Sharing is SEXY!