It’s been 8 years since Whatsapp has been released but still, there’s no official mention of a Linux Client of the Software. So in this article, I’ll teach you How to Install Whatsapp on Ubuntu Linux which works 100% on all other Linux Distros too.

You might be wondering that this tutorial of getting Whatsapp up and running on Linux is some kind of mod? But fortunately, it’s not. You’ll understand how this works later and then you can confirm this uses official protocols and methodologies to get it working.

Trusted ways suggested in the early stages of WhatsApp standalone software are being used here. Whatsapp on Ubuntu is 100% secure and all the messages are encrypted like they do on the PC version of Whatsapp.

So, without any further ado let’s get right into the tutorial. 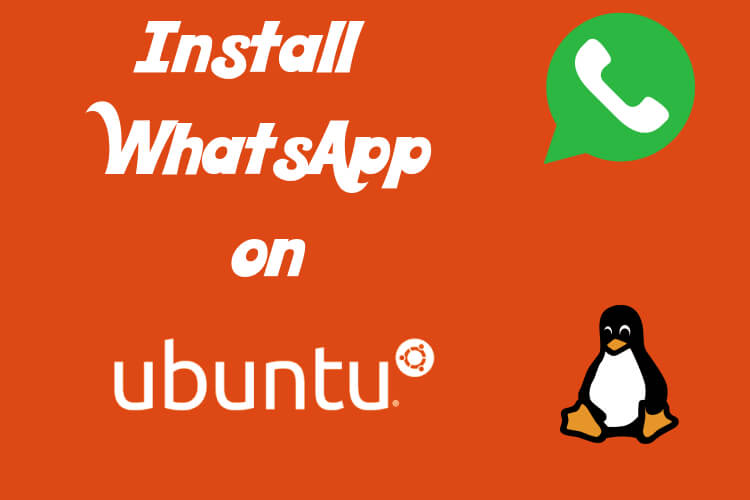 How To Install Whatsapp on Ubuntu Linux [100% Working]

As every guide has some minimum requirements, Installing Whatsapp on Ubuntu Linux also needs some requirements. That is your Linux Machine should have Google Chrome installed.

Installing Google Chrome on Ubuntu is pretty straight-forward and is a mainstream step that every Linux user follows. Consider how popular the browser is.

If you don’t have one installed. Head over to Ubuntu Software Center and install chrome from there or else comment on this post, I’ll explain the terminal method.

So I’m assuming you’ve minimum requirements fulfilled for this guide to work. The first step would be is to download the Whatsapp Ubuntu Linux WebApp from the below Link

It’ll be saved into your Downloads Folder, Now open the terminal from the dash or pressing CTRL+ALT+T and follow the commands below:

and Press Enter and the commands should look like this: 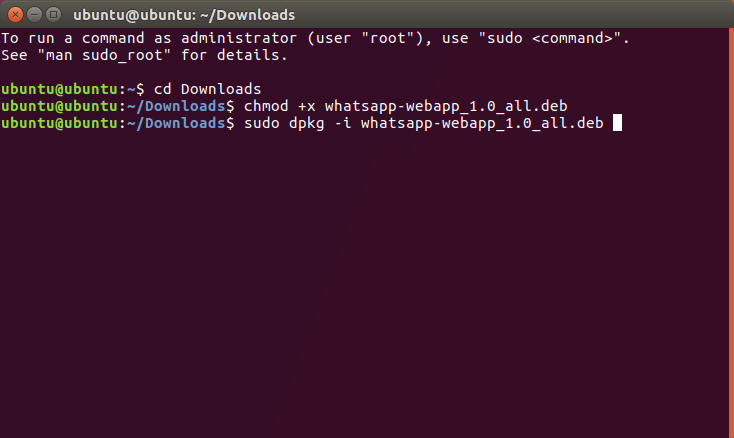 After that, the terminal processes the commands and installs the Whatsapp Linux Client on Ubuntu. Now, it’s time to setup the client like you usually do on a PC.

Open Dash on the Ubuntu Linux and search for Whatsapp and open the installed client. Once, it’s is opened it should look like this with a QR Code ready to be scanned. 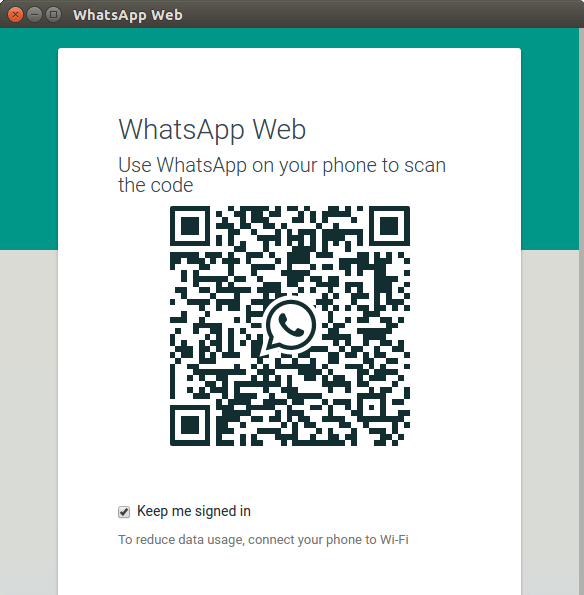 Head over to your Mobile Whatsapp application on your iOS/Android Device and select settings. There you’ll find Whatsapp web/Desktop option.

From there you can Scan the QR Code and setup the Whatsapp Linux Client on your Ubuntu machine. Once, setup it’ll save the authentication and you can use Whatsapp on your system without having your device with you.

As said earlier about the security offered by this, A detailed procedure 2 is explained below which confirms the authenticity of this method.

Alternate Setup for Whatsapp Linux which is 100% Secure

Remember, when Whatsapp haven’t released a PC standalone version of the software. They used to have a portal for accessing Whatsapp right from the browser.

It’s one of the best alternative ways to use Whatsapp on Ubuntu Linux. For that, all you need to do is to head over to https://web.whatsapp.com/ and scan the QR Code like you did in the above method.

Then you can use all the features of Whatsapp straight from your browser. It’s officially released by Whatsapp and the security is damn high as per their protocols.

The same is applied in the above method. Instead of relying on a browser’s tab, We deployed a WebApp instead to serve the purpose. Apart from this, there’s nothing different.

Everything is the same, so as the security and the authenticity of the method. As of now, these 2 methods are the only ones working for Linux Platforms.

There were some unofficial mods in the past but they’re either banned or discontinued for some internal reasons.

If you’re not planning to go for all this hassle, then stick with the alternate 2nd method to install Whatsapp on Ubuntu Linux or else go for the first. Either way having Google Chrome is a must, keep that in mind.

You can try running Whatsapp client which was released for Windows or on Android Virtual Machine’s using VMware or Virtual Box. A detailed tutorial to that can be found here:

In the above, I’ve explained the procedure for Bluestacks, Just replace Bluestacks with WhatsApp and you’re done. Let me know if you need any further info on this in the comment section below.

Hope you guys like this article, If you do don’t forget to share this on Social Media coz Sharing is SEXY!!!